A Geospatial Technological Approach to Monitor Convection over Arabian Sea

In the land-atmosphere-ocean system, ocean acts as the heat reservoirs, thereby playing a role in weather and climate variability. Sea surface temperature variation across the ocean triggers heat exchange, initiating the deep convection resulting in the vertical movement of air parcels, leading to the formation of rain-bearing cloud systems. The local effect is seen in convection and resultant precipitation along coastal lines. In this study, an attempt is made to map the Sea Surface Temperature (SST), monitor the convection over Arabian Sea, analyse the SST variability over the latitude ranges of 0o N to 30oN and longitude ranges of 60oE to 95oE, so as to understand the relationship between the rainfall anomalies in the coastal Karnataka and the SST variability and convection in the Arabian Sea. The study showed that in the context of Karnataka state, during a good monsoon year (2013), the maximum convection zone (MCZ) was found to be hovering around 15 to 28 degrees north of the equator whereas, during a bad monsoon year (2016), the MCZ was below 15o north of the equator. The study also revealed that the maximum convection occurs in the Arabian Sea when the SST is above 27.5 degree Celsius in the summer and 28.5 degrees Celsius in winter months. The study reconfirms that the monsoon rainfall variability between a good and bad monsoon is dependent largely on the northward migration of the convection zone (i.e., the strength of the Hadley circulation).

You may also start an advanced similarity search for this article. 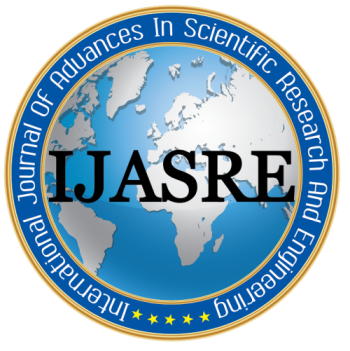